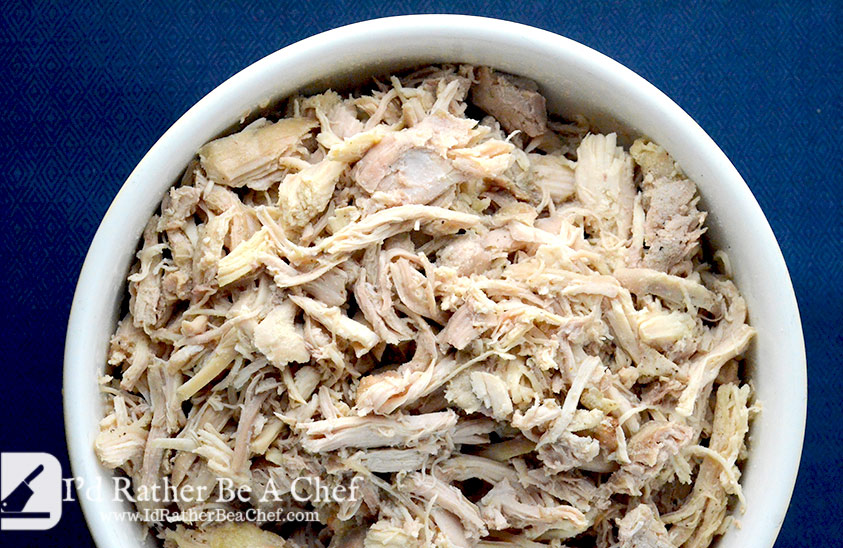 I'm not sure if other people get as excited when I make this shredded chicken recipe as my wife, Caroline.  Don't get me wrong, she loves most things that I make (some experiments just don't work out) but shredded chicken can be made into so many different recipes.  Think about it for a minute, you can make chicken salad, chicken soup, chicken paprikash, put it on a pizza, in a sandwich... make a quesadilla or even chicken fajitas with it.  If you like chicken, this recipe is for you!  Around here, my first dish is almost always chicken fajitas, then paprikash and then some soup for the kids.

The best part about this shredded chicken recipe is that it freezes extremely well.  Typically when I make this, I make about 20 pounds of chicken thighs at a time.  After the chicken is shredded, it gets frozen off in 4 cup containers.  To defrost simply grab a container the night before you need it out of the freezer and toss it in the refrigerator.  By the next afternoon it should be completely defrosted and ready to use.

For this shredded chicken recipe, I always use boneless skinless chicken thighs.  Because we are going to braise them, they stay super juicy and have some great flavor.  They also shred really easily which I like a lot.  As an additional bonus, they are usually one of the cheapest cuts of the chicken per pound, which also makes this recipe economical for most families.

QUICK COOKING TIP: When working with boneless skinless chicken thighs, it's really important to prep them properly.  Chicken thighs tend to have a lot of fat on them.  I'm not an advocate for removing every ounce of fat from the thigh, but if the big pockets aren't trimmed it sometimes gives a strange bite when you're eating the chicken later that is just not appealing.  Additionally, I suggest running your fingers around where the joint was before it was deboned.  Sometimes there are some sliced bones still in this area.  A quick slice with a paring knife will remove that easily.

Let's get to getting on this shredded chicken recipe... 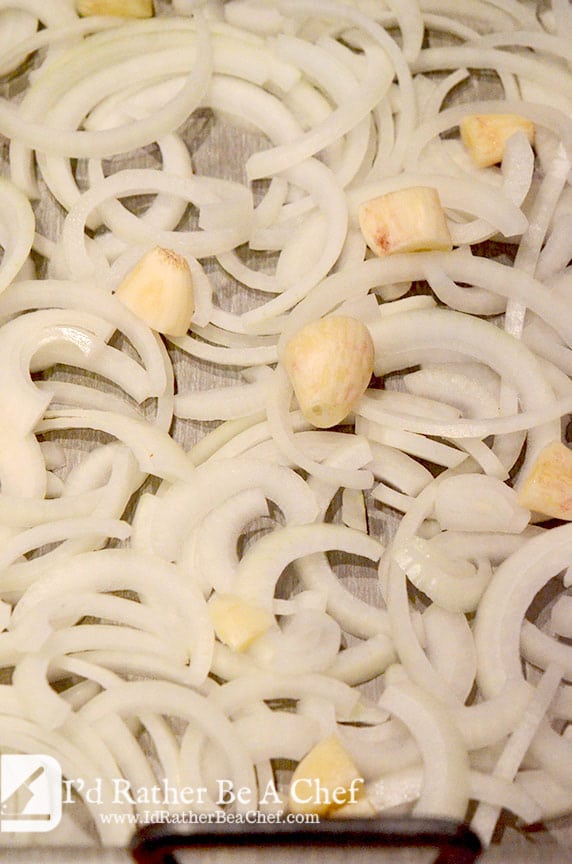 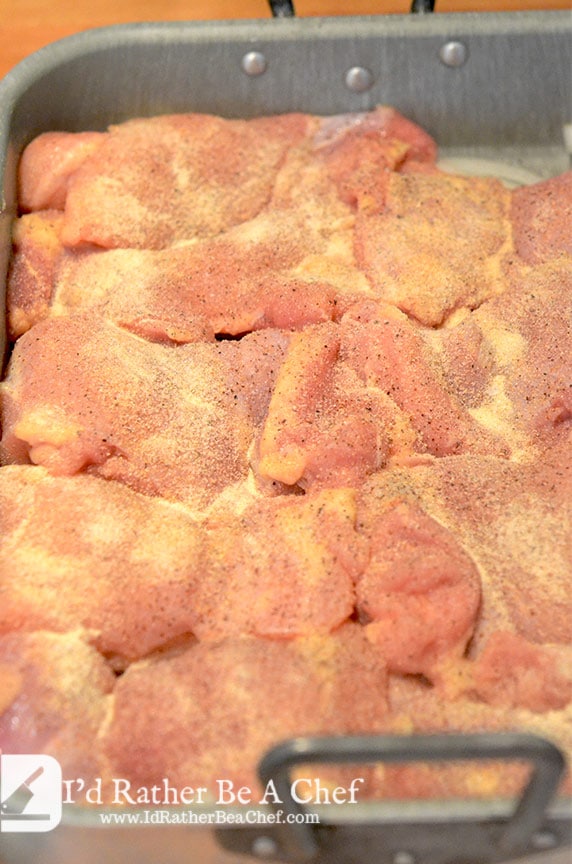 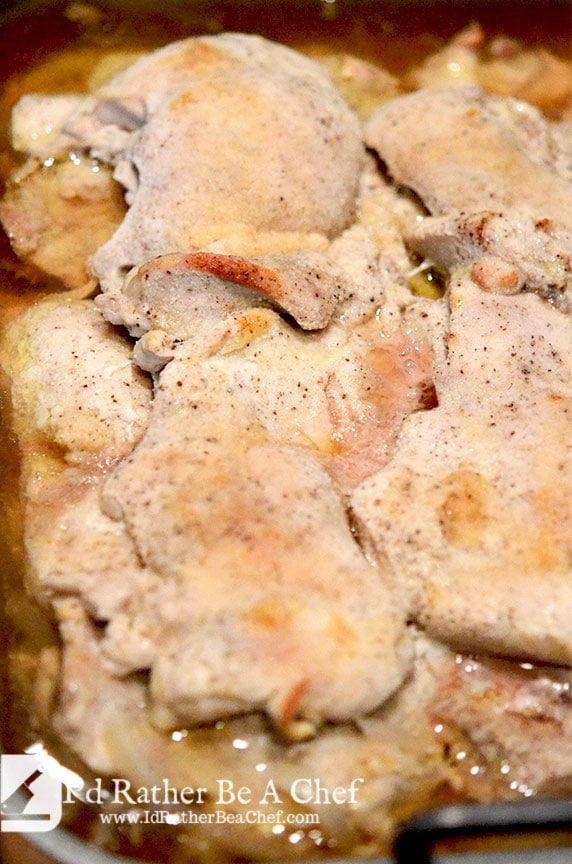 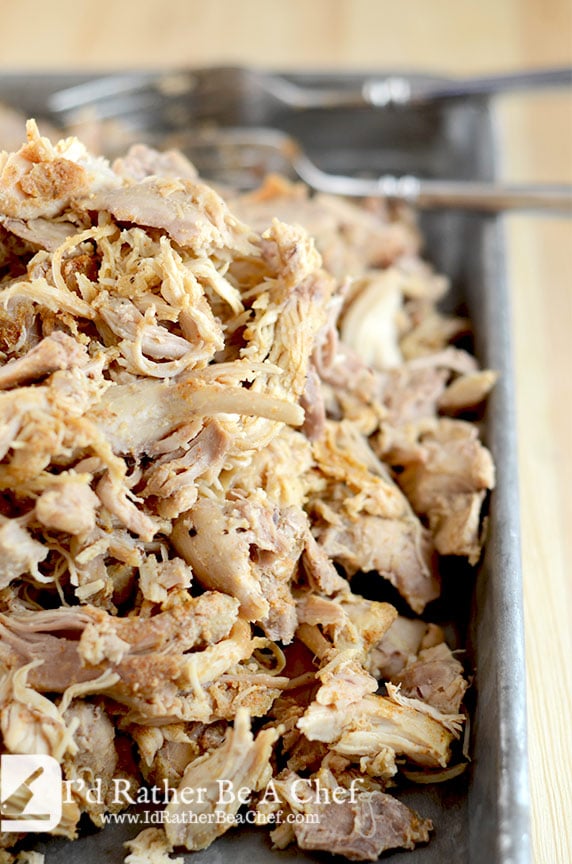 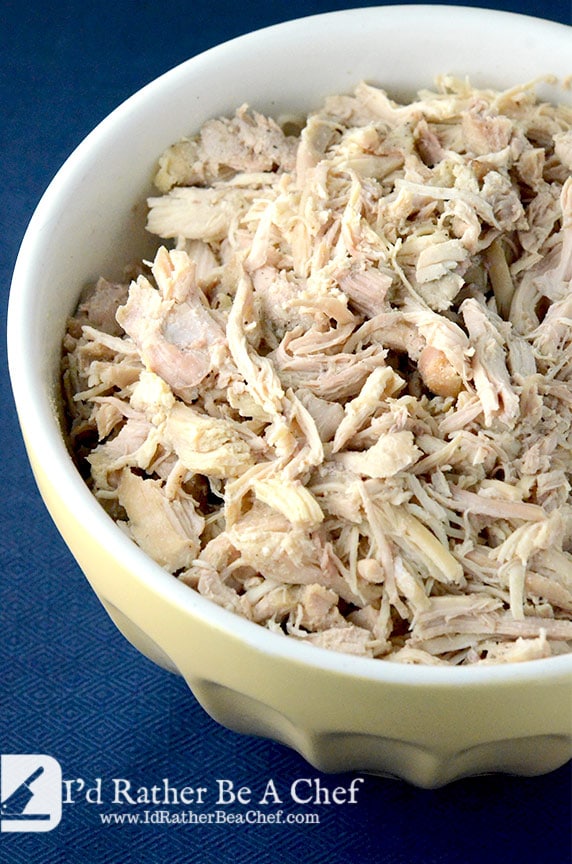 For the Shredded Chicken

For the Chicken Seasoning

If you decide to store some of this in the refrigerator, my suggestion is to strain the chicken stock from the bottom of the baking dish. Add some of the cooking liquid into your storage container so the chicken stays moist when it is reheated.

There will be extra stock remaining. This is absolutely delicious as a great base for chicken soup if you were looking for something to do with it.

Think about this as a “base” recipe to add to your growing arsenal of chicken recipes.  When you have shredded chicken prepared in your refrigerator, you are ready to make a ton of great recipes within minutes.  Some of my other favorites are BBQ shredded chicken, chicken enchiladas, chicken stuffed peppers, chicken nachos, spinach salad with shredded chicken… the list is just about endless.  Get creative and try something new!  Maybe some green curry chicken or spicy Thai chicken.  Whatever you make, have fun doing it and enjoy the chicken.

Want to do something a little different than chicken?  Oh, have I got something for you.  Give this easy pulled pork recipe a shot.  It’s inexpensive and you’ll have enough pulled pork around to make pulled pork sandwiches, pulled pork soup or even a pulled pork taco recipe.  Super delicious!

Give the shredded chicken recipe a try… you’ll find a mealtime creativity boost once it is cooked and shredded!  Yumm. 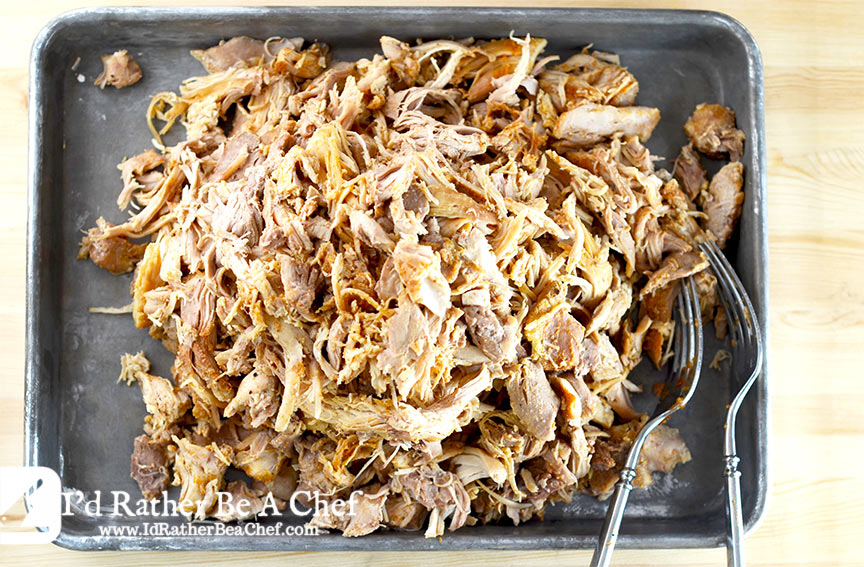