Balsamic honey roasted brussels sprouts are so good that they basically melt in your mouth.  Tender green globes of goodness. This super simple recipe will have you coming back for more! 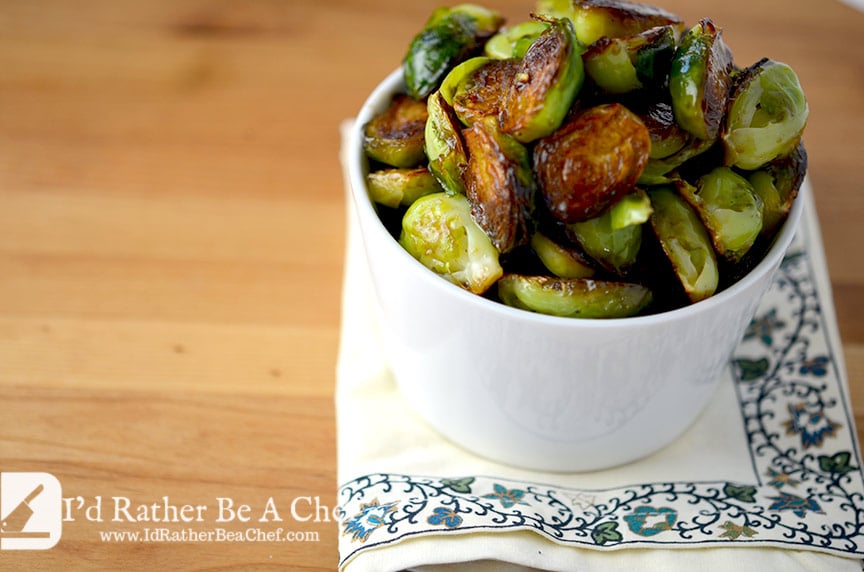 You know they are good when your kids are asking for seconds and thirds.  Granted, my kids already like brussels sprouts, but these just disappeared off the plate in record time.  The balsamic and honey pair so well with the slight bitterness of the brussels sprout.  Pan roasting the sprouts in butter doesn't hurt either.  When it all comes together, the flavors just sing.

Here's something to know about brussels sprouts: they are little cabbages.  Brussel sprouts are part of the "brassica oleracea" species that also includes cauliflower, kale, cabbage, collard greens, kohlrabi, savory, broccolini and more.

WHY DO BRUSSEL SPROUTS TASTE BAD?

Typically, people who think that brussel sprouts taste bad have always had them served overcooked... which makes them smell and taste really pretty bad.  You can tell when a brussel sprout has been overcooked since it will turn gray and soft. Typically this happens if they are boiled or steamed for too long. Once the sprout has been cooked to long it will release a sulfur compound that smells strongly.

To make brussel sprouts taste best, roast them in the pan until they are fork tender.  Our one goal is to avoid overcooking the brussels sprouts at all costs.

For the balsamic honey portion of this recipe, I used organic balsamic and raw honey.  Something to note about raw honey: most times it is more of a solid than a liquid in the jar.  This is ok!  There are a couple ways make bring your honey back to a liquid state:

QUICK COOKING TIP: Before you add in the brussels sprouts to the pan, make sure that your butter and oil is completely melted.  Then, season the butter and oil with a couple pinches of salt and a few cranks of fresh pepper.  When the brussels sprouts are caramelizing in the pan, the salt and pepper will help to season them as they are cooking.  There have been a bunch of times I forgot this step and just tried to sprinkle salt and pepper on top of the sprouts while they were cooking.  Although it tasted fine, it wasn't as good as when the butter is seasoned first.

WANT TO TRY OTHER BRUSSEL SPROUTS RECIPES? CHECK THESE OUT:

Pan roasted brussels sprouts just taste so damn good.  I know that there is a lot of butter in this recipe... but these are mini cabbages.  Cabbage and butter want to be together like coffee and cream or bacon and eggs.  There is no sense in fighting it, so just give in and enjoy it.  If you wanted to jazz up this recipe, add in some bacon or toasted pine nuts.  Maybe try some "sweet heat" with a couple fiery Fresno peppers in the mix.

Serve these tasty sprouts with crispy oven roasted chicken or pan seared steak.  Either would be delicious.  The sweetness that the honey and balsamic bring to the mix makes it a great side dish to anything that has a little bit of a salty edge to it.  Grilled or roasted meats would be a top choice! 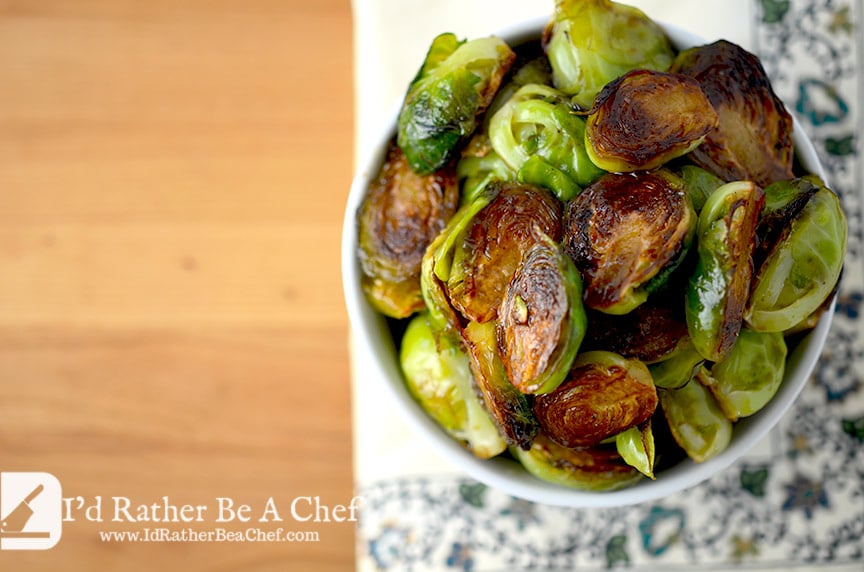