Here’s a quick honey mustard sauce recipe that is delicious, zippy and fun to eat! 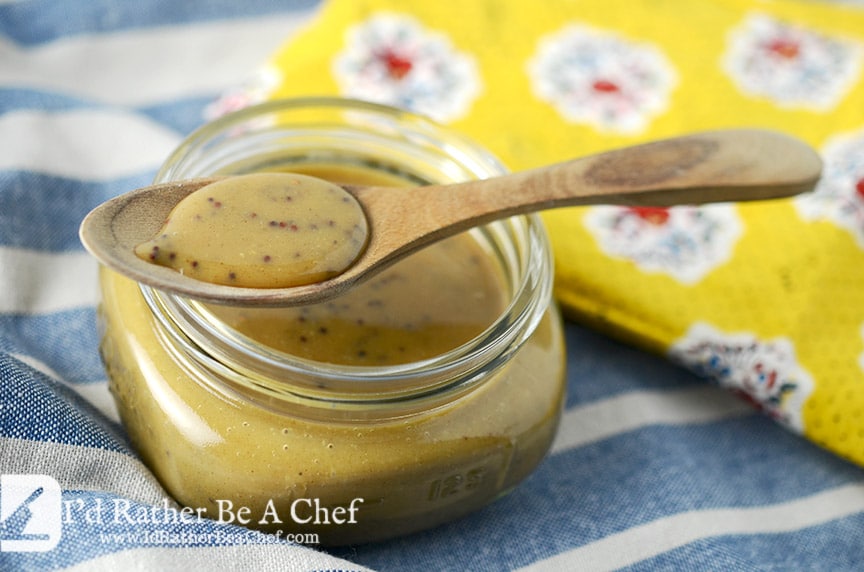 Sauces are one of the best things about cooking.  Some sauces are simple, some are complex… but the goal is the same.  They all work to add visual appeal, moisture and flavor to a different dish.  Chocolate sauce is delicious and has very few ingredients, but boy does it make vanilla ice cream just sing.  It’s been a long time since I’ve had either, but you get the point.  The same goes for this honey mustard sauce recipe.  It’s got just a few ingredients, but goes great with a ton of dishes.

I came up with this recipe about ten years ago.  At that time, I think that there was a baked chicken that had dried up in the oven.  Rather than going without dinner, I threw together some honey and mustard to see what happened.  The first try was okay, but nothing to write home about.  Caroline asked me the following week if I could try to play with the recipe just a bit, so I did.

What resulted is the recipe that you see here today.  It has a nice bite from the mixture from the ballpark and dijon mustards which is counterbalanced by the sweetness from the raw honey.  I added in mustard seeds for some texture, which really makes this sauce stand out.  A pinch of salt and a couple grinds of pepper are all that you need to put together this easy recipe.

QUICK COOKING TIP: Mustard seeds come in different colors, from almost white to almost black.  For this recipe, I typically use light brown or regular brown mustard seeds.  What I have noticed over the years is that the light brown seeds tend to soften more quickly in the sauce than the dark brown seeds.  I’m not sure that it makes that much of a difference in taste, but the texture will change in the sauce more quickly with the lighter seeds.  That being said, most grocery stores only carry one kind of mustard seed… so whatever you have will work!

Here we go with this honey mustard sauce recipe. 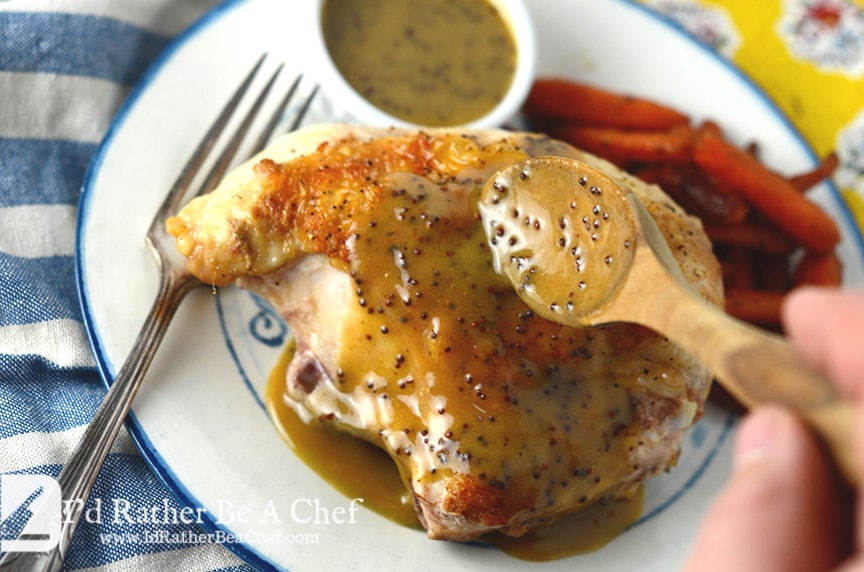 Hopefully this was an easy one to make.  The great news is that it lasts for a long time in the refrigerator.  I typically make more than what this recipe calls for and we use it on just about everything.  Here are a couple things that it would be delicious on from previous recipe posts: Smoked Wings (just change the sauce!), Crispy Oven Roasted Chicken, Easy Shredded Chicken or the Oven Baked Wings (again, change the sauce!).

Give this easy recipe a try… You’re going to love it. 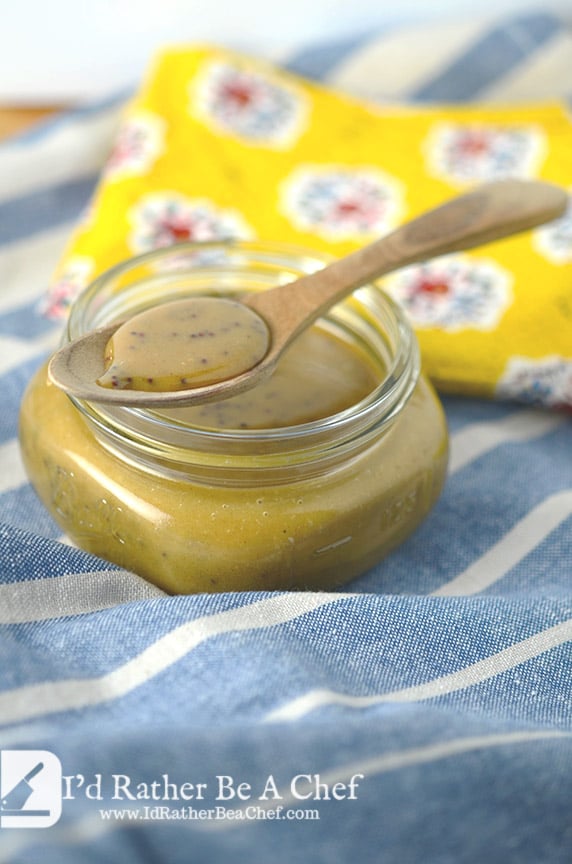